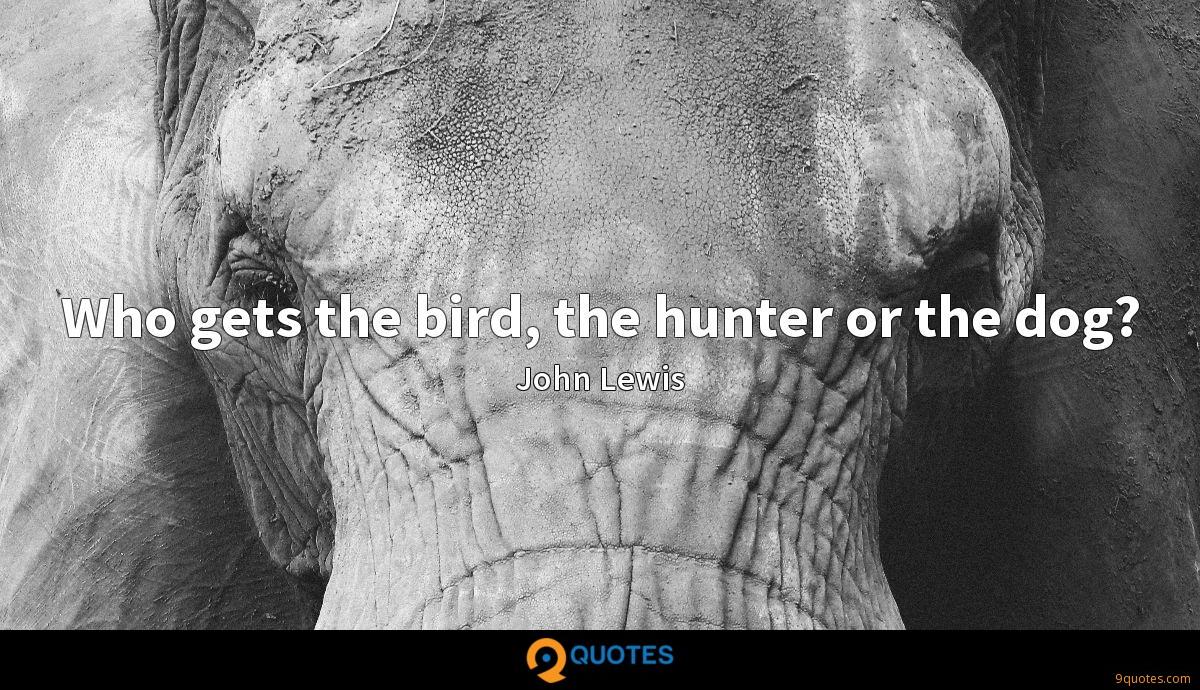 Who gets the bird, the hunter or the dog?  – John Lewis 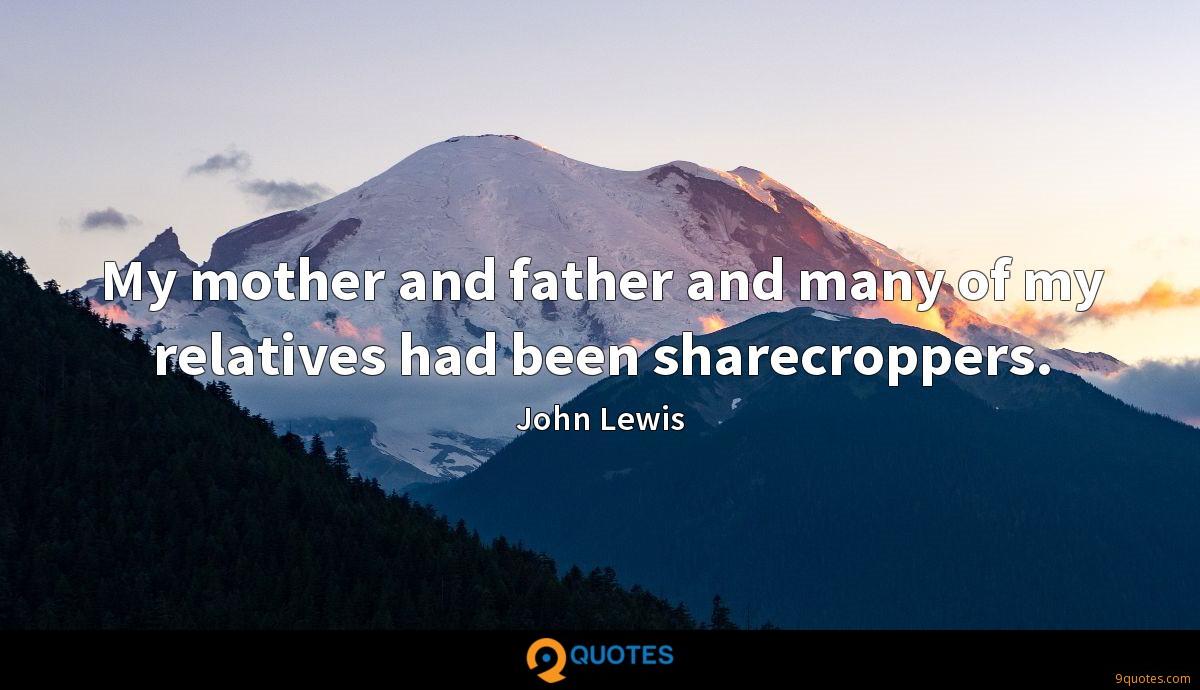 My mother and father and many of my relatives had been sharecroppers. – John Lewis 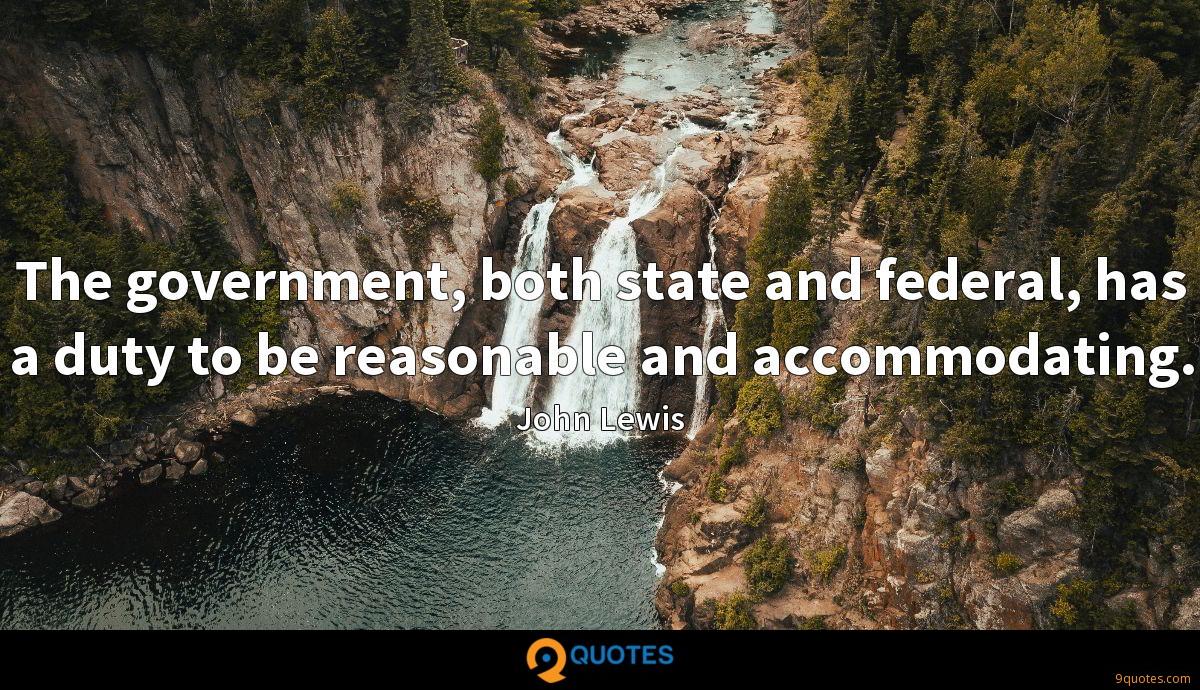 The government, both state and federal, has a duty to be reasonable and accommodating. – John Lewis 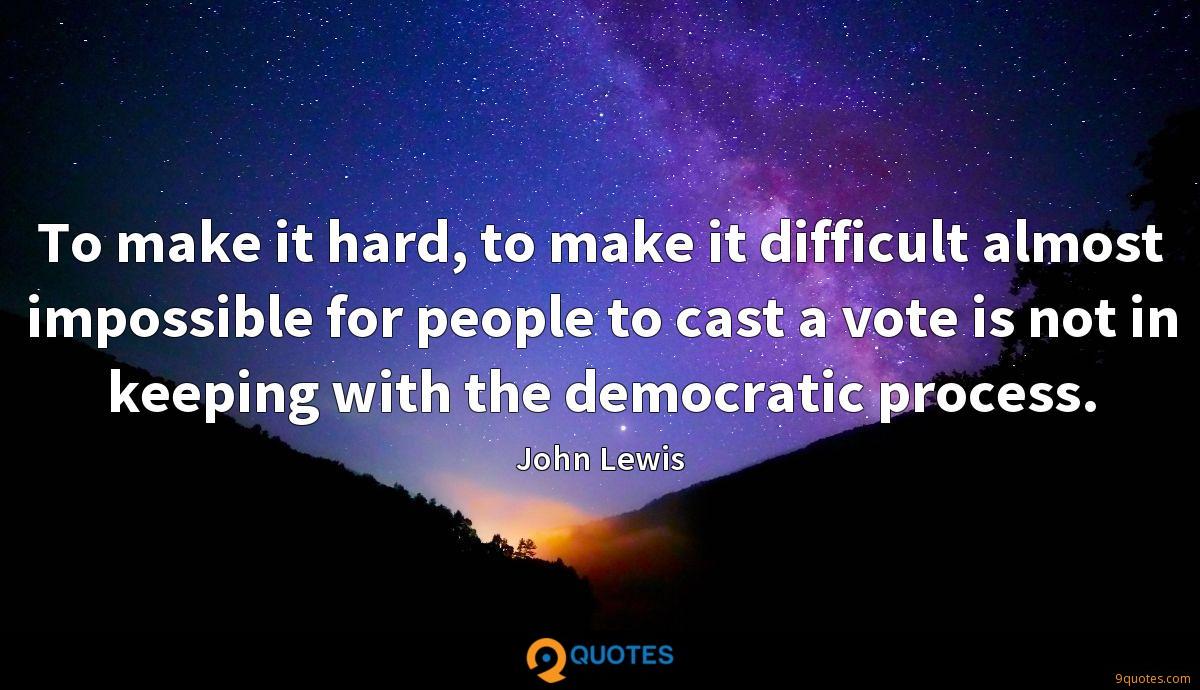 To make it hard, to make it difficult almost impossible for people to cast a vote is not in keeping with the democratic process. – John Lewis 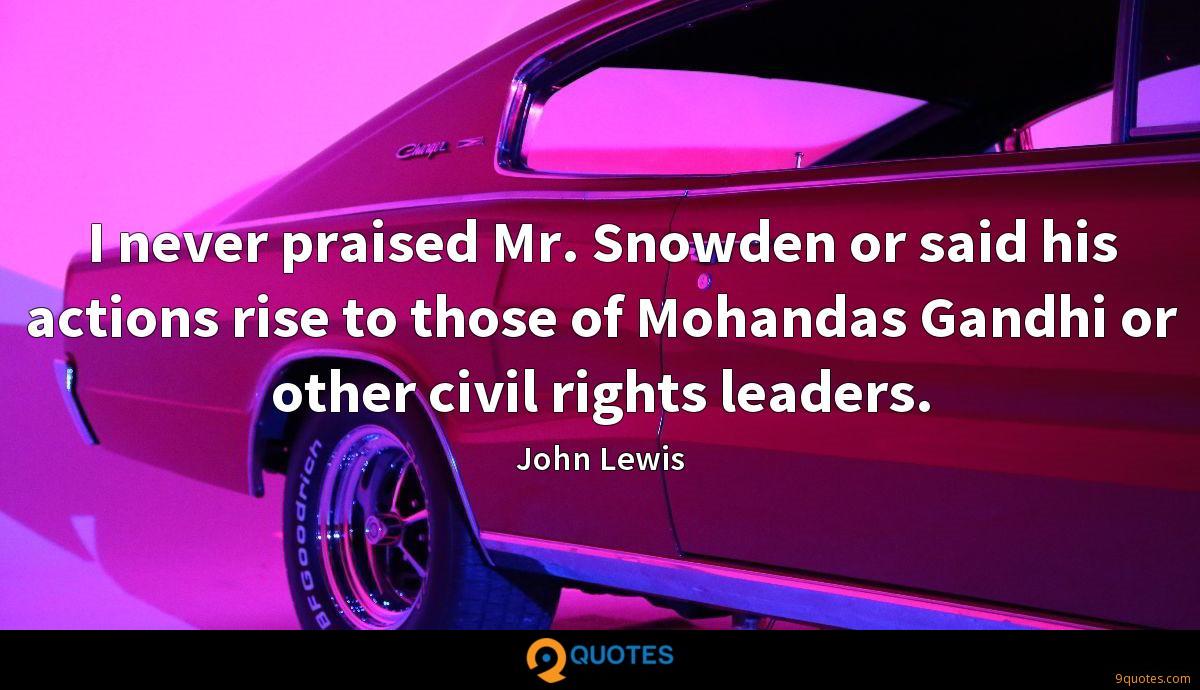 I never praised Mr. Snowden or said his actions rise to those of Mohandas Gandhi or other civil rights leaders. – John Lewis 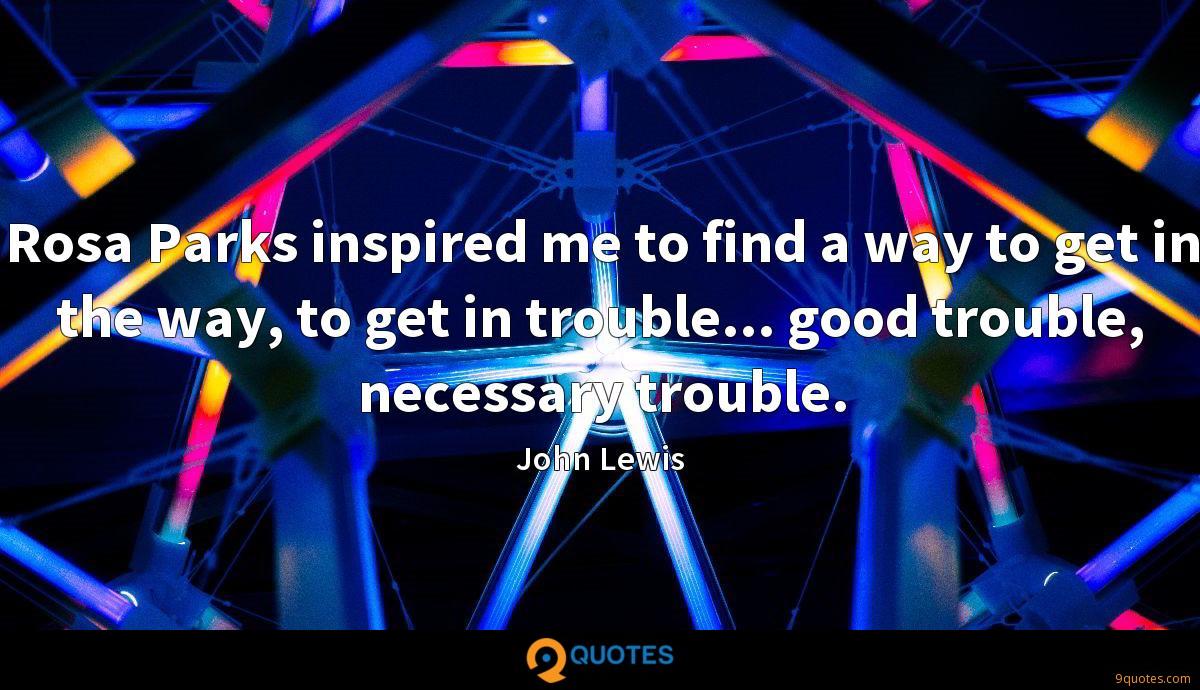 Rosa Parks inspired me to find a way to get in the way, to get in trouble… good trouble, necessary trouble. – John Lewis 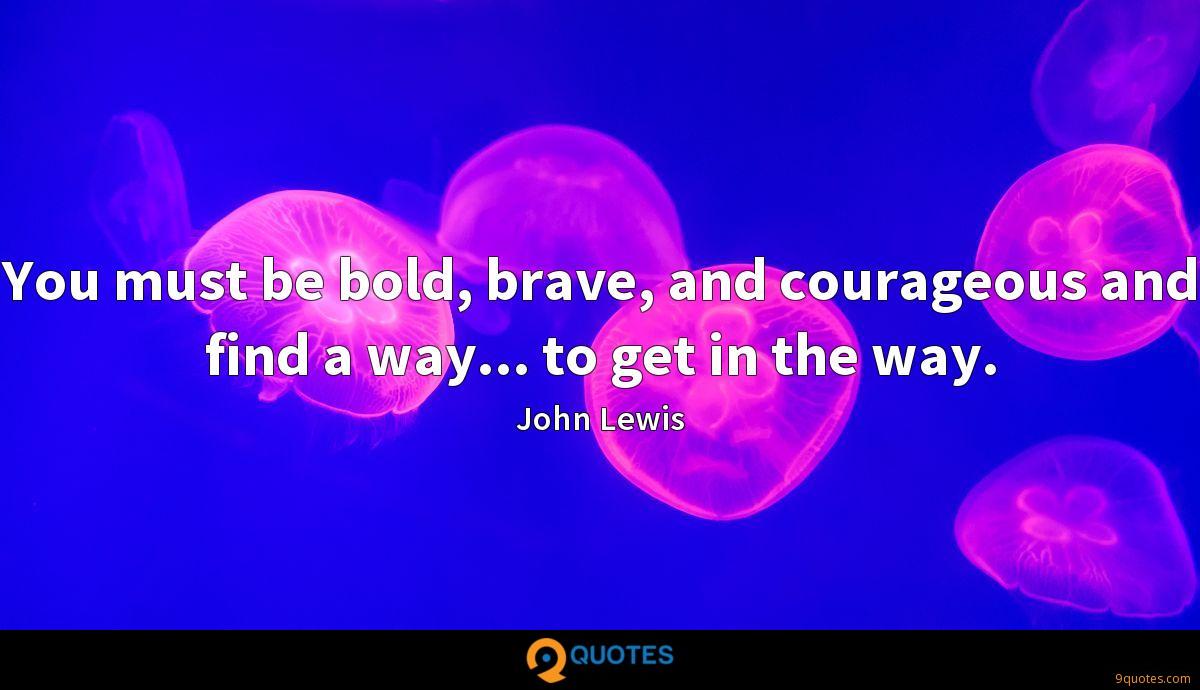 You must be bold, brave, and courageous and find a way… to get in the way. – John Lewis 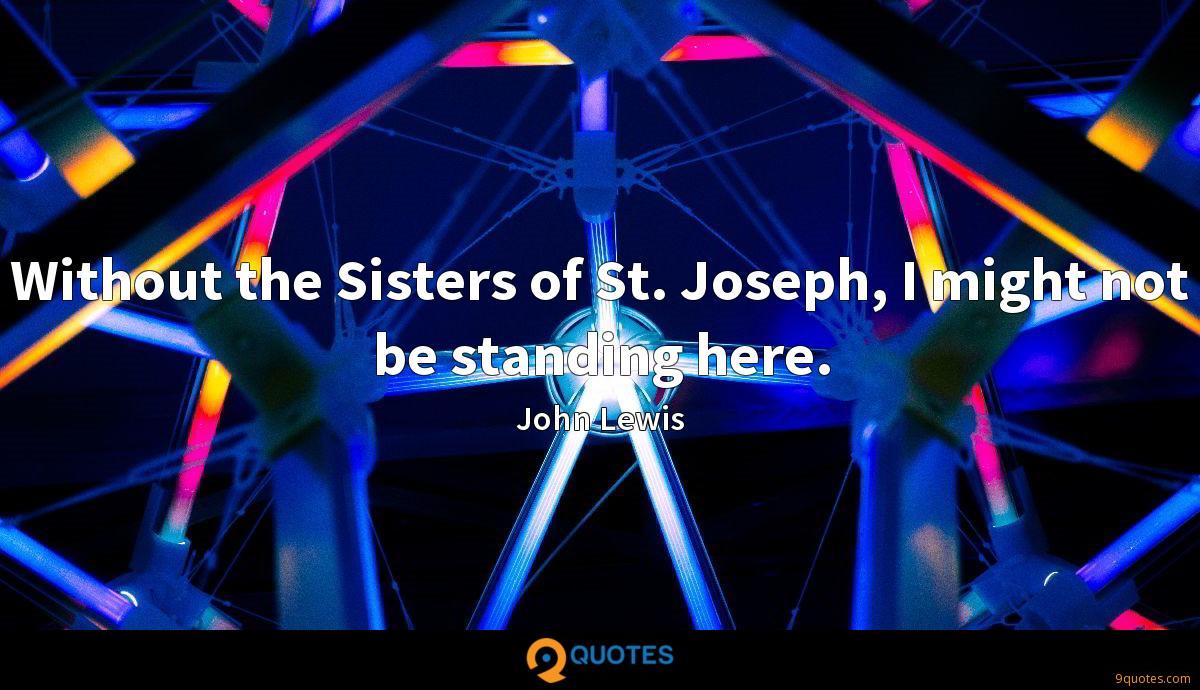 Without the Sisters of St. Joseph, I might not be standing here. – John Lewis 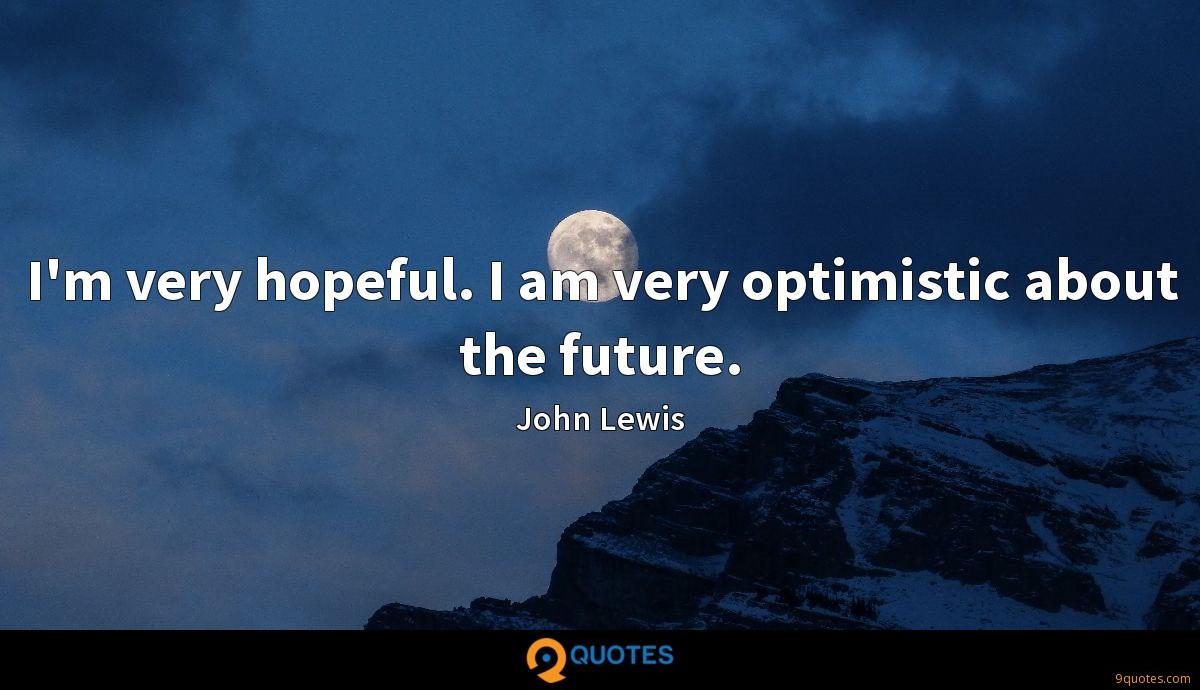 I’m very hopeful. I am very optimistic about the future. – John Lewis 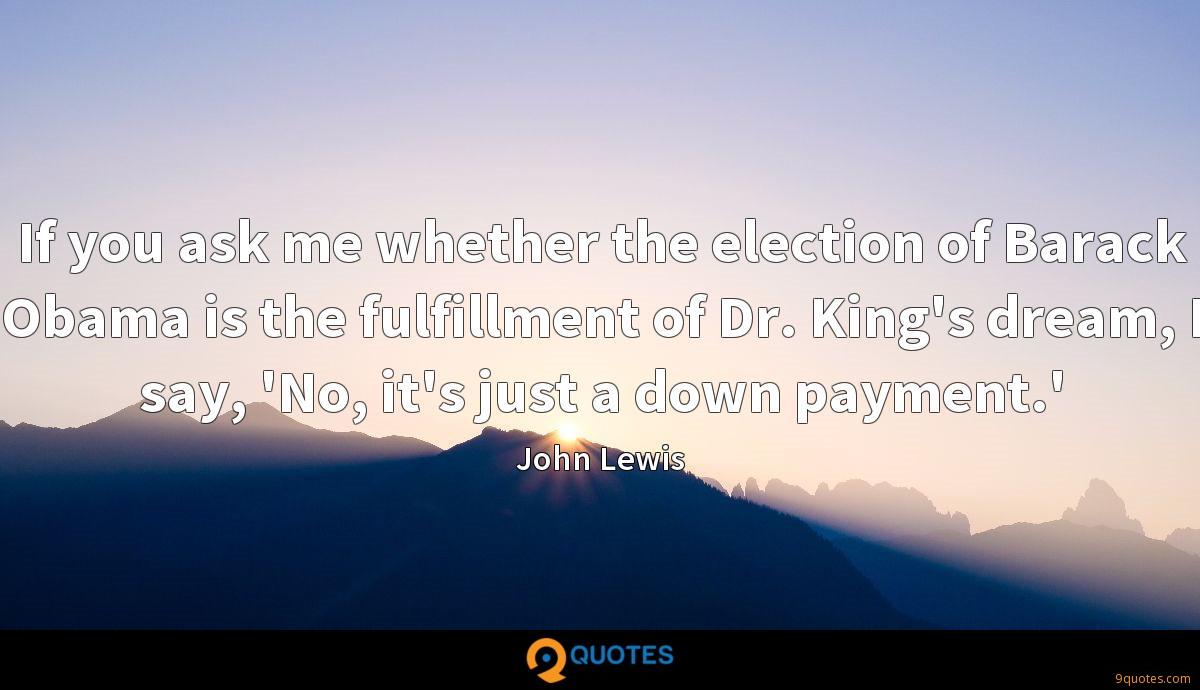 If you ask me whether the election of Barack Obama is the fulfillment of Dr. King’s dream, I say, ‘No, it’s just a down payment. – John Lewis 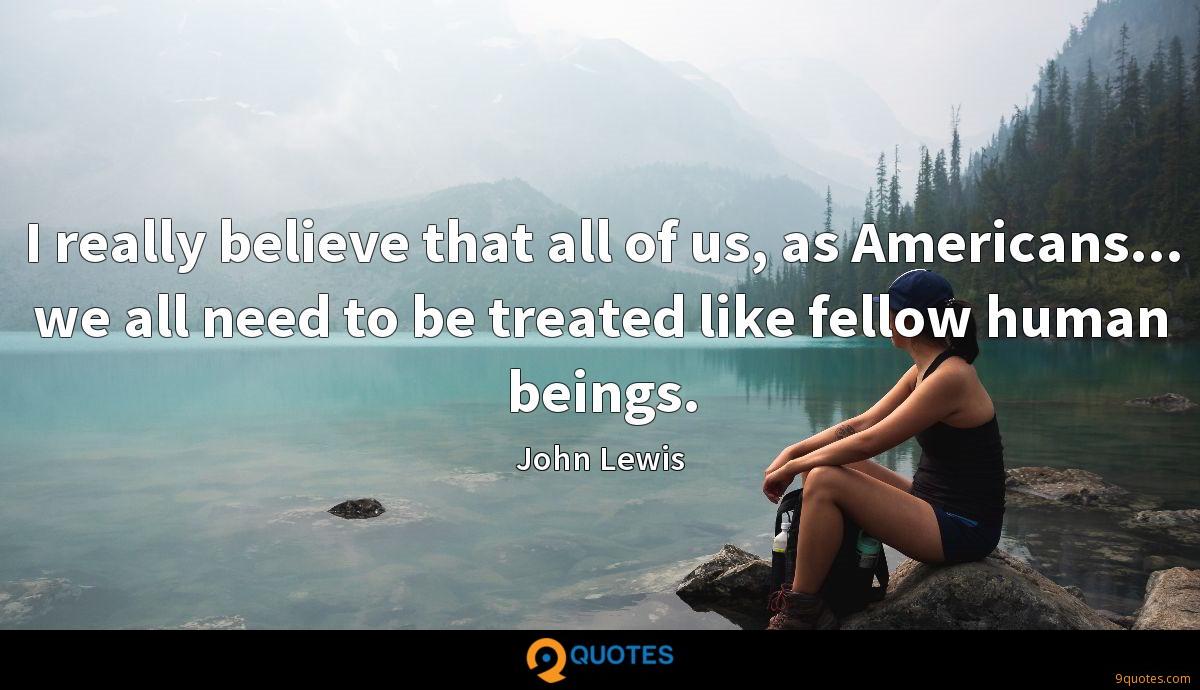 I really believe that all of us, as Americans… we all need to be treated like fellow human beings. – John Lewis 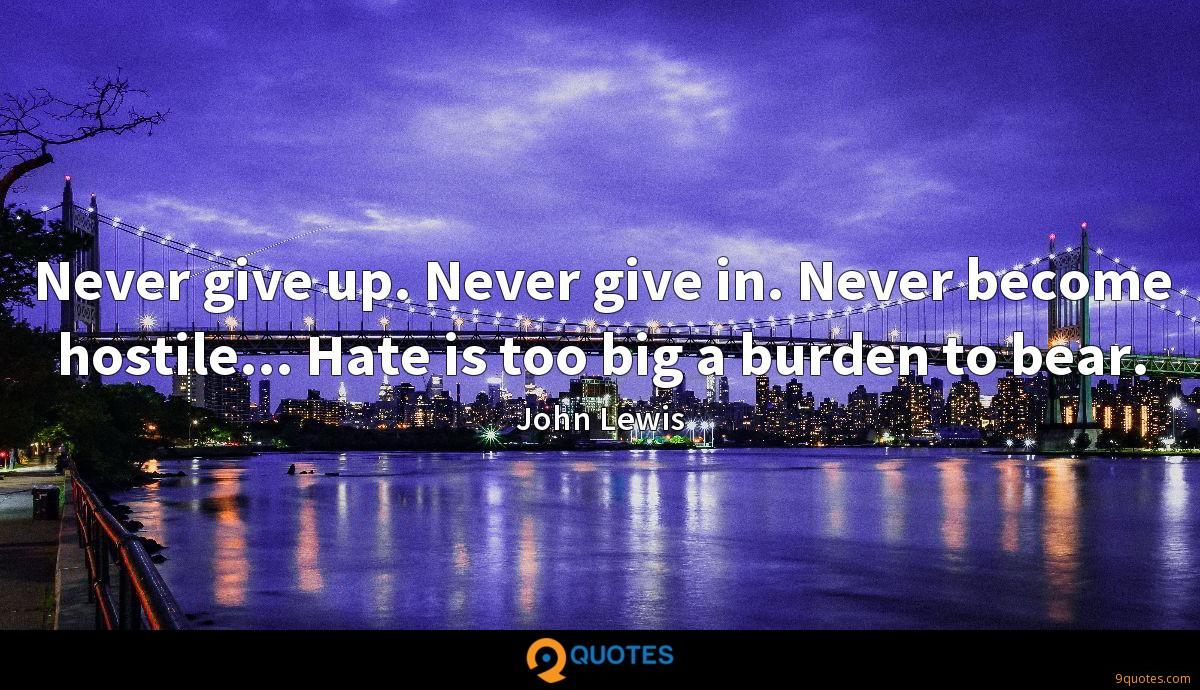 Never give up. Never give in. Never become hostile… Hate is too big a burden to bear. – John Lewis 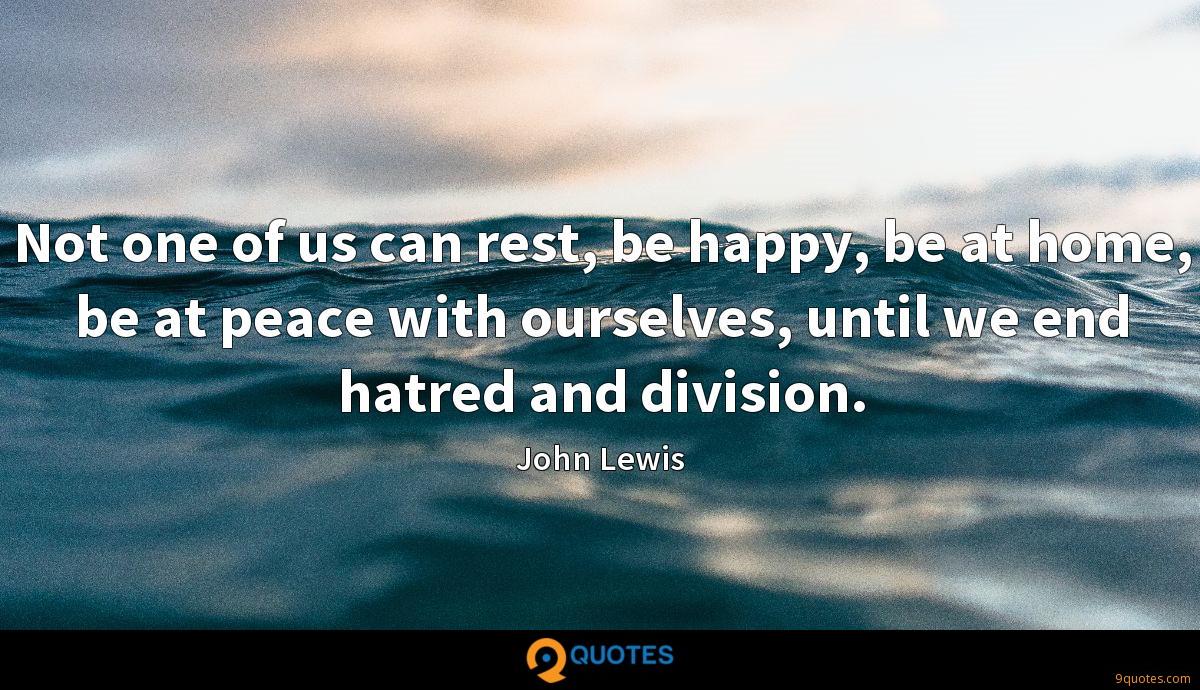 Not one of us can rest, be happy, be at home, be at peace with ourselves, until we end hatred and division. – John Lewis 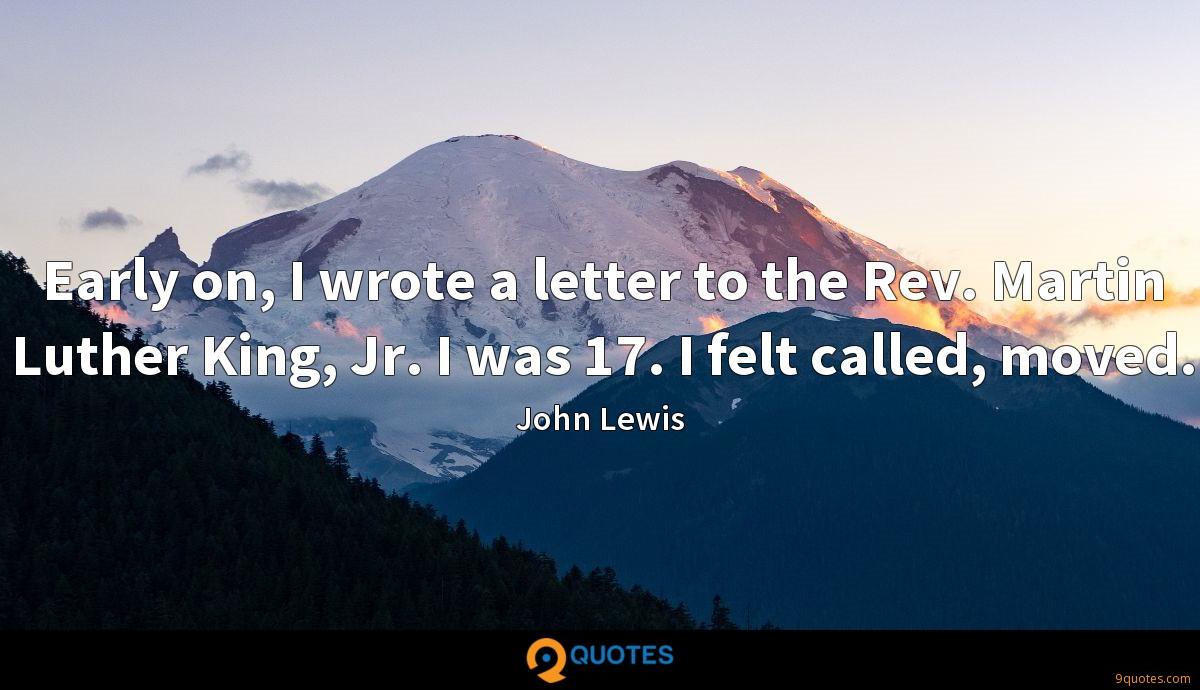 Early on, I wrote a letter to the Rev. Martin Luther King, Jr. I was 17. I felt called, moved. – John Lewis 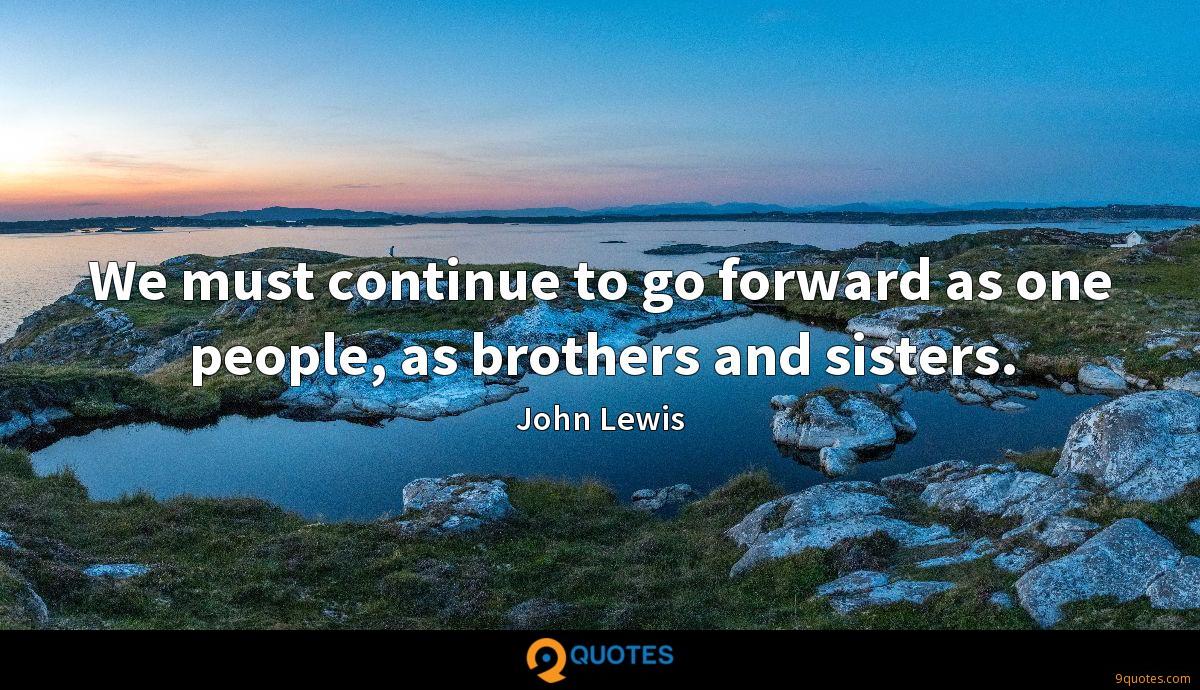 We must continue to go forward as one people, as brothers and sisters. – John Lewis 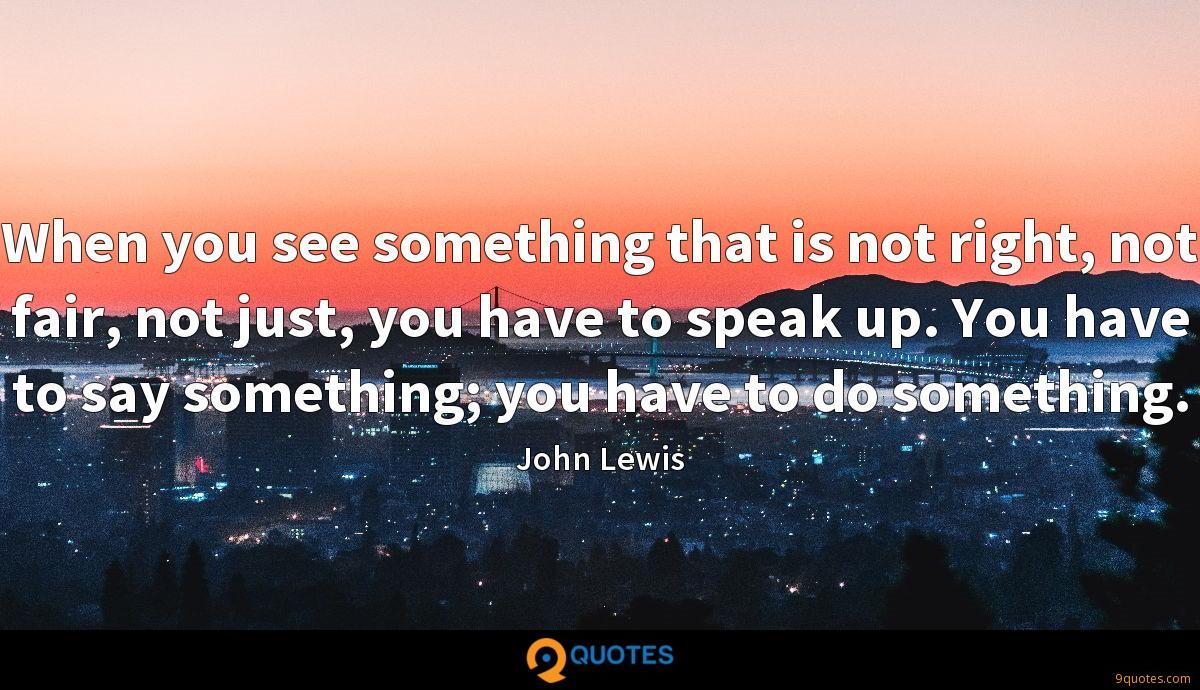 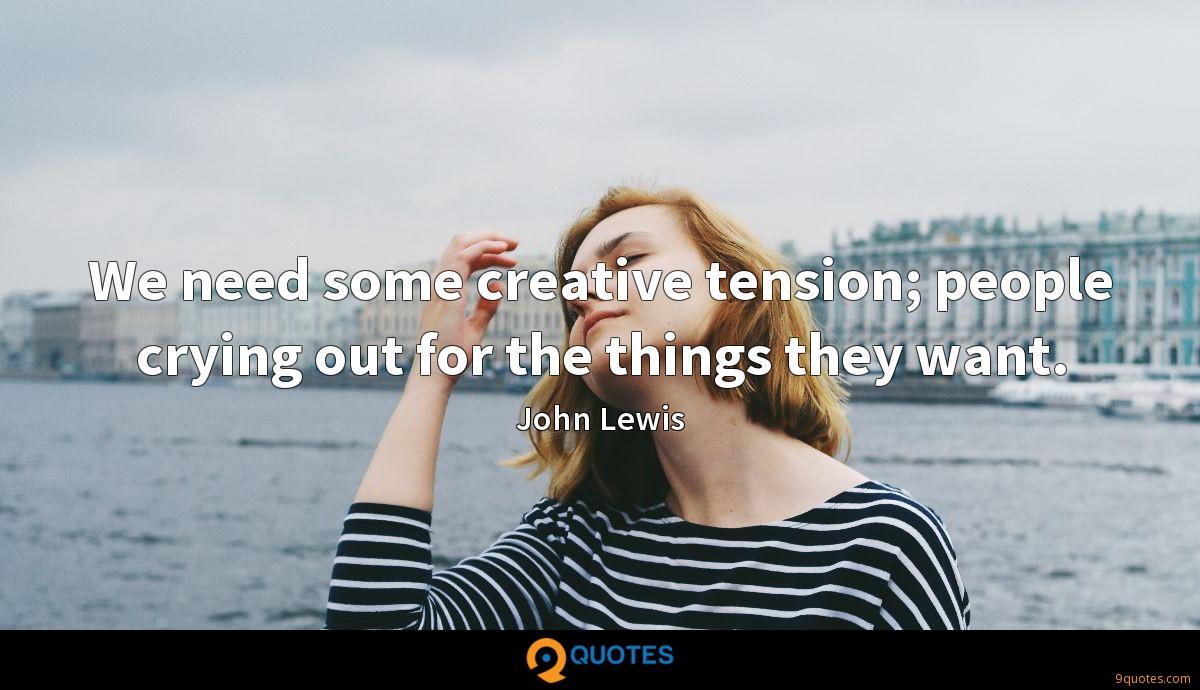 We need some creative tension; people crying out for the things they want.  – John Lewis 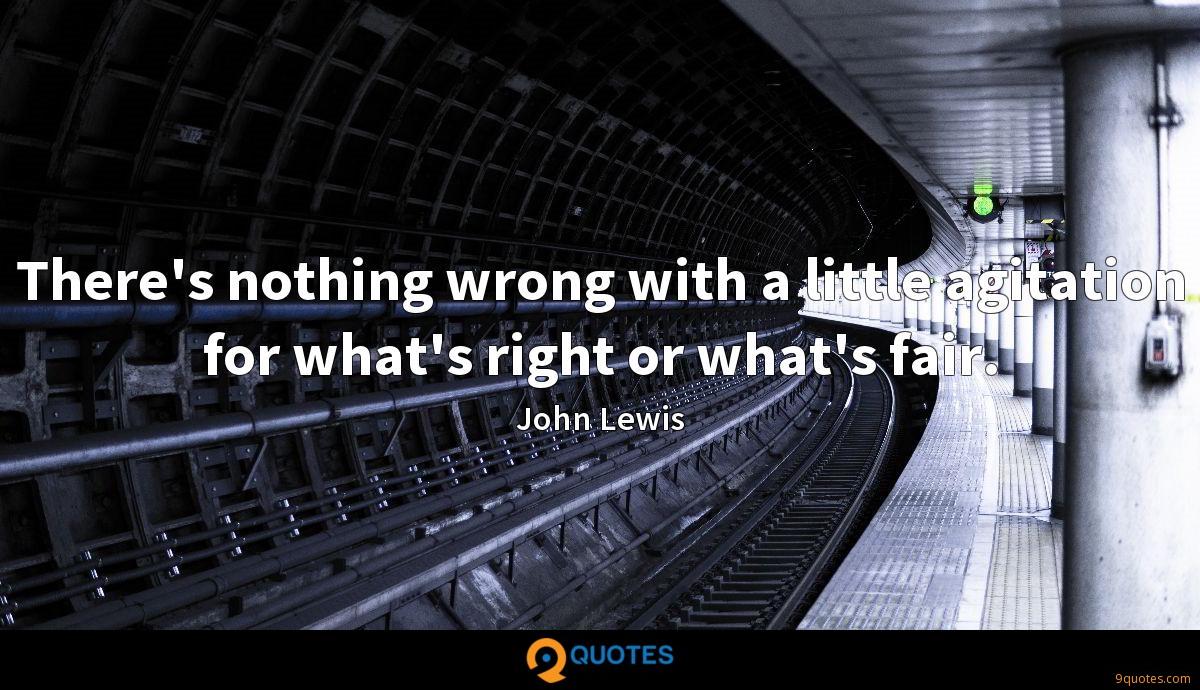 There’s nothing wrong with a little agitation for what’s right or what’s fair.  – John Lewis 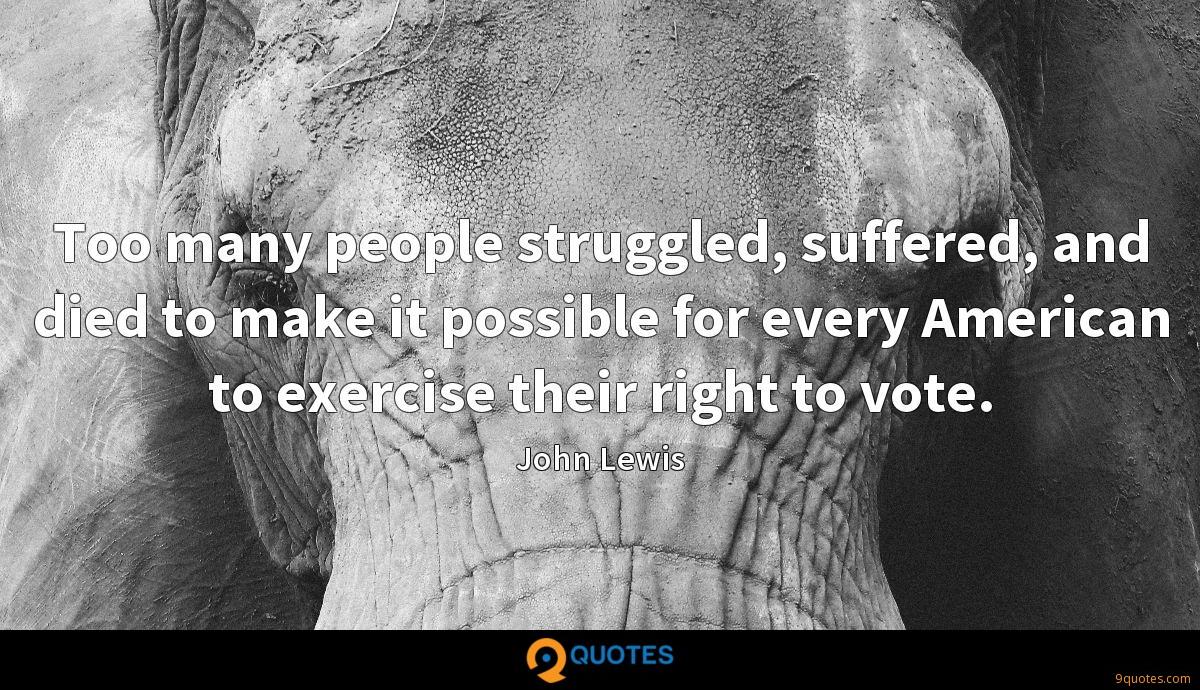 Too many people struggled, suffered, and died to make it possible for every American to exercise their right to vote. – John Lewis 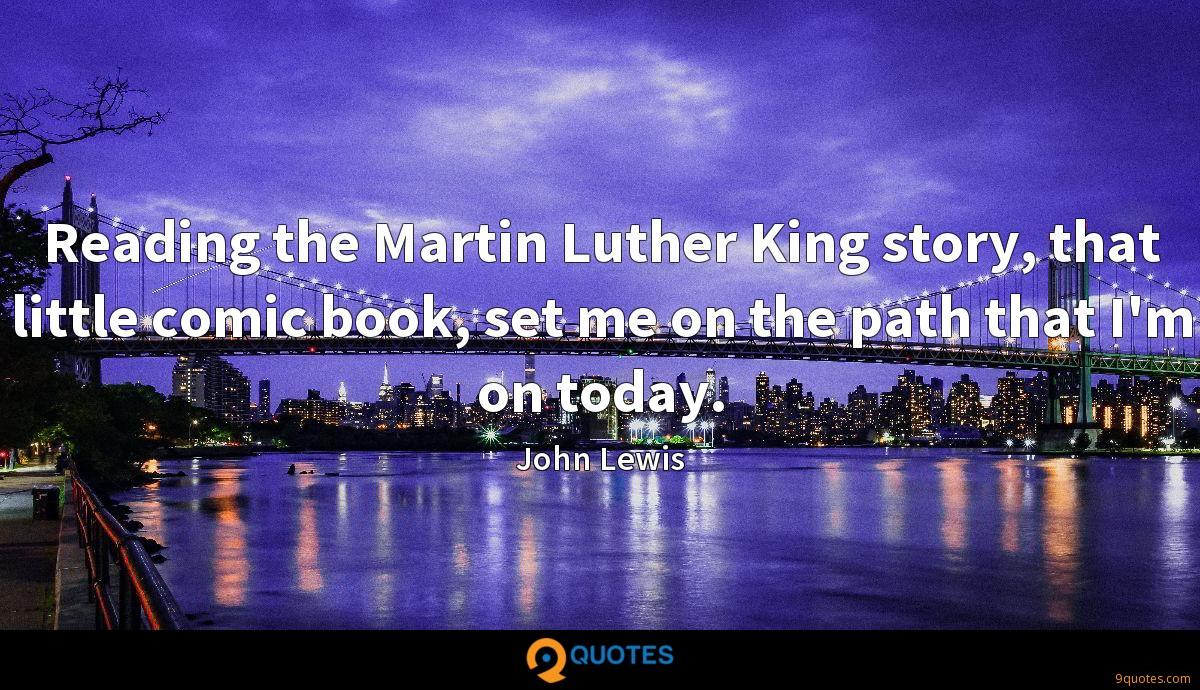 Reading the Martin Luther King story, that little comic book, set me on the path that I’m on today. – John Lewis 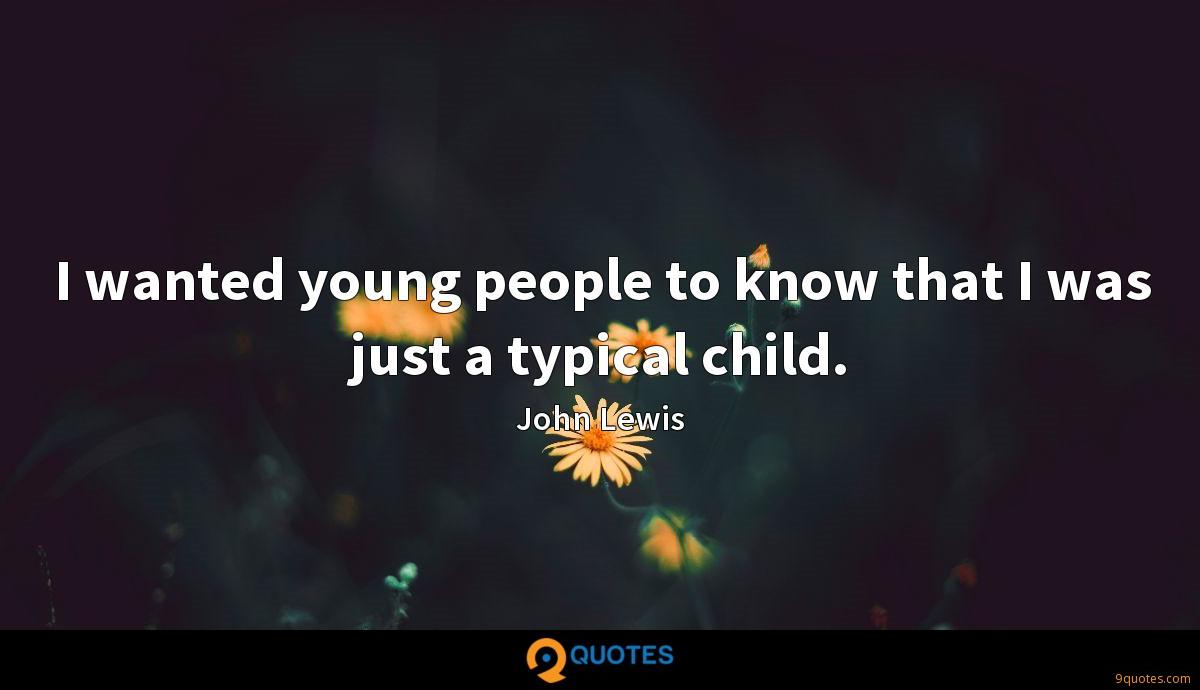 I wanted young people to know that I was just a typical child. – John Lewis 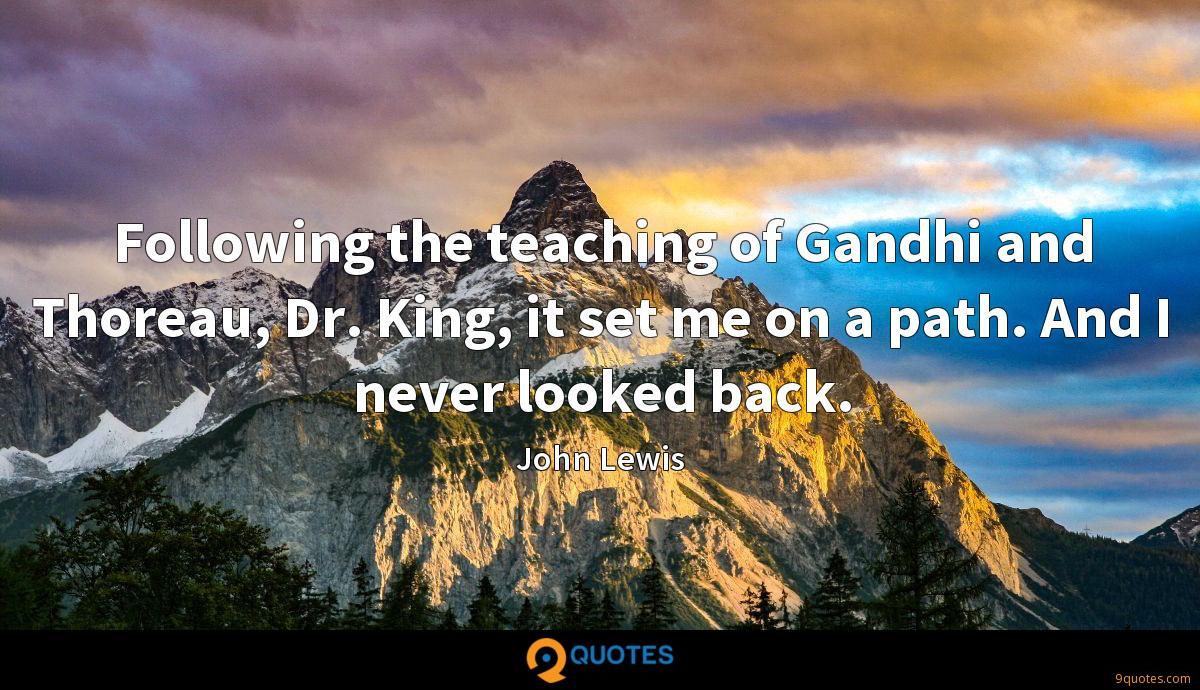 Following the teaching of Gandhi and Thoreau, Dr. King, it set me on a path. And I never looked back. – John Lewis 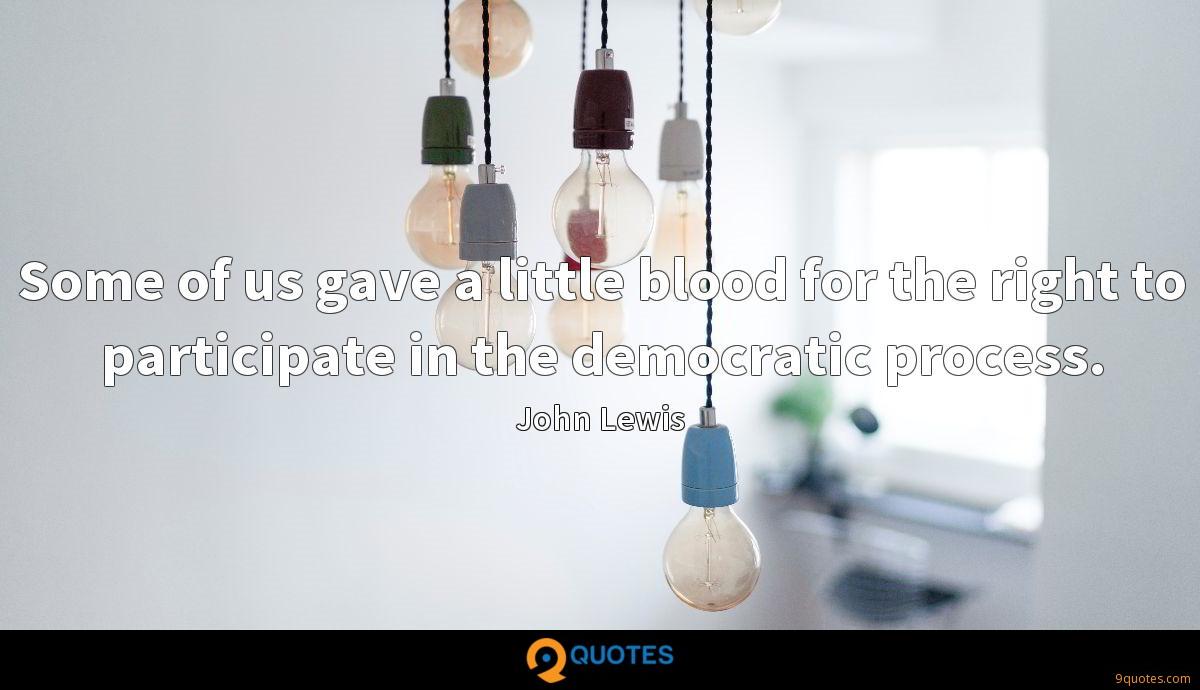 Some of us gave a little blood for the right to participate in the democratic process. – John Lewis 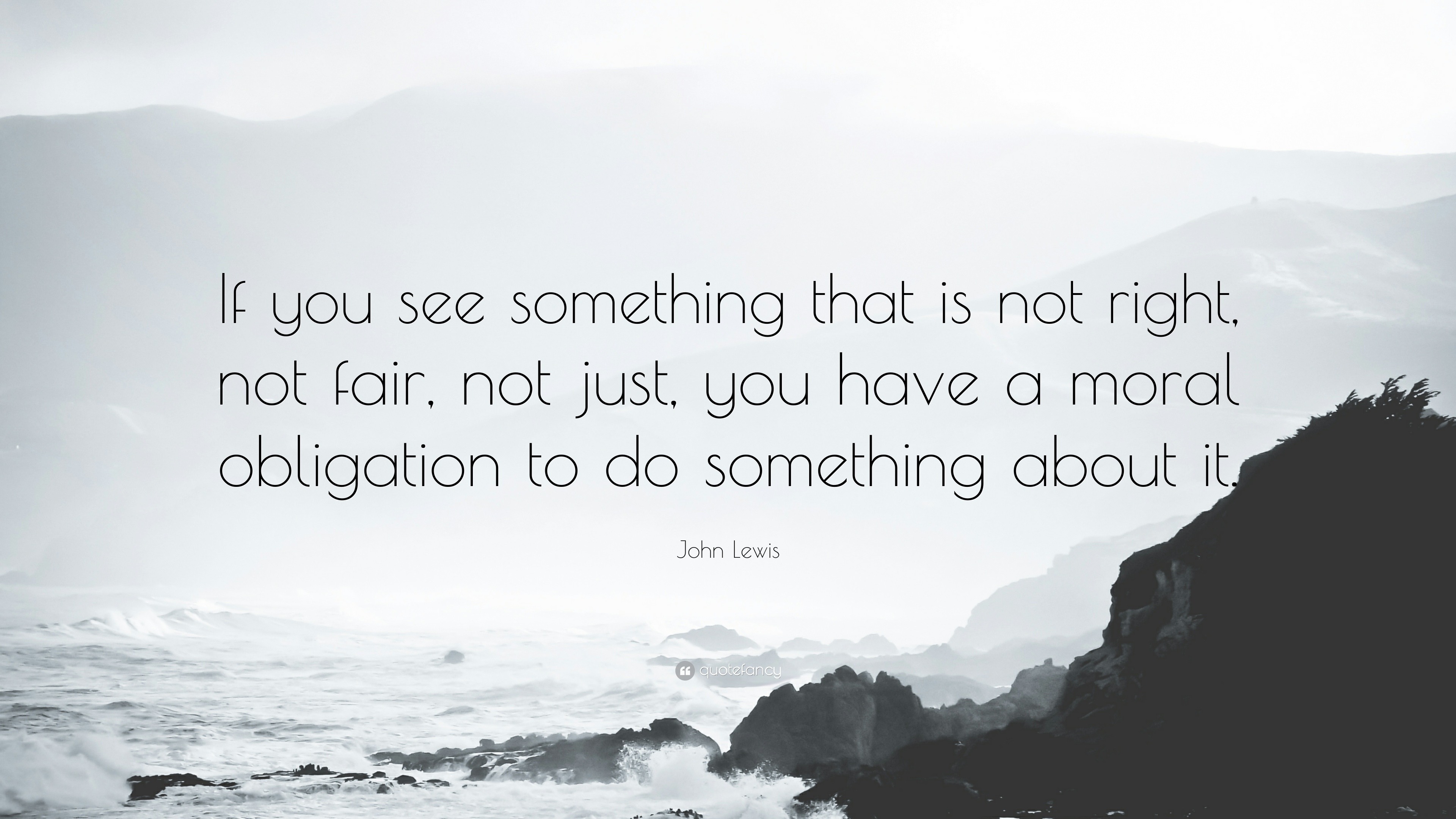 “If you see something that is not right, not fair, not just, you have a moral obligation to do something about it.” — John Lewis 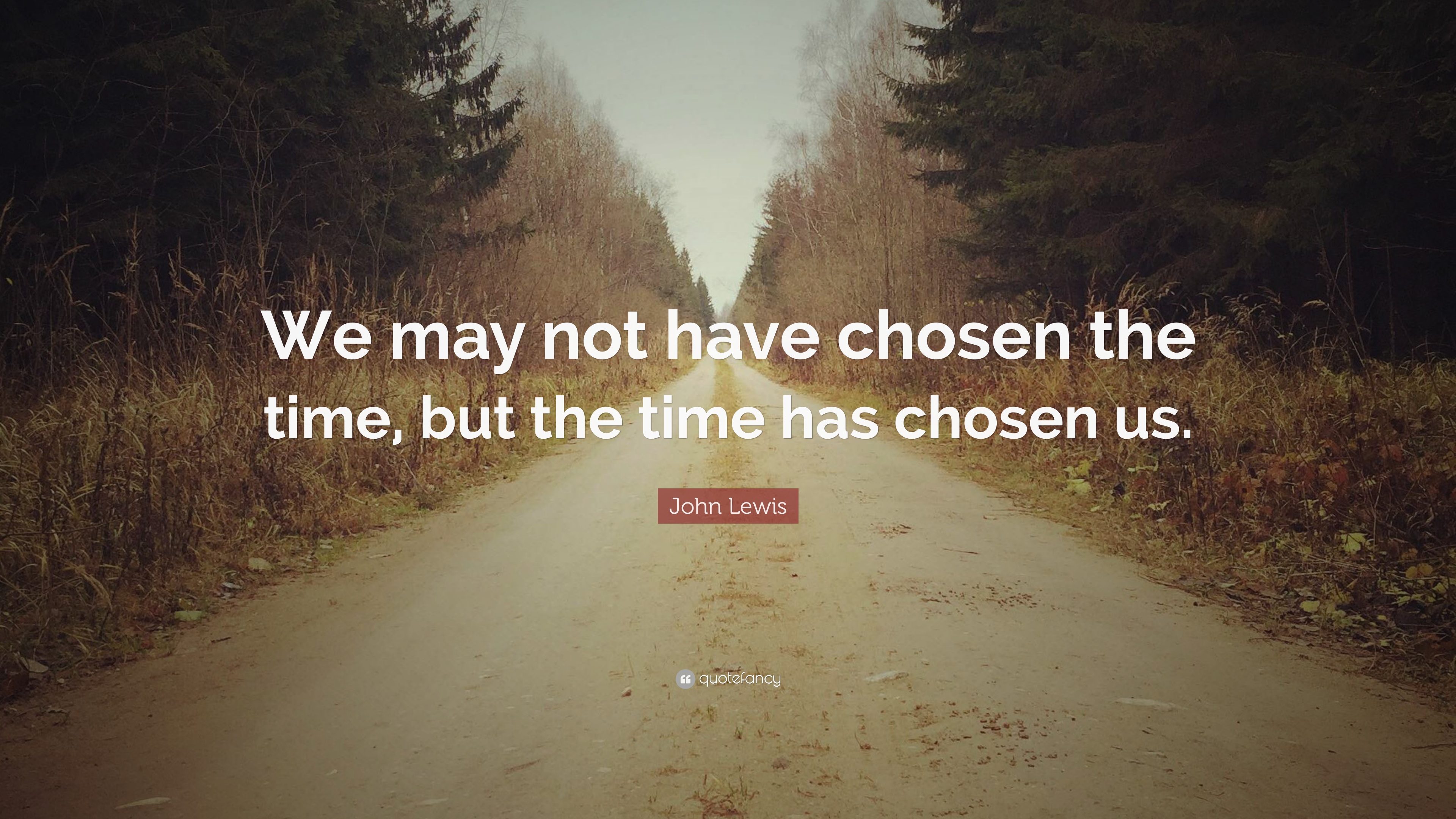 “We may not have chosen the time, but the time has chosen us.” — John Lewis 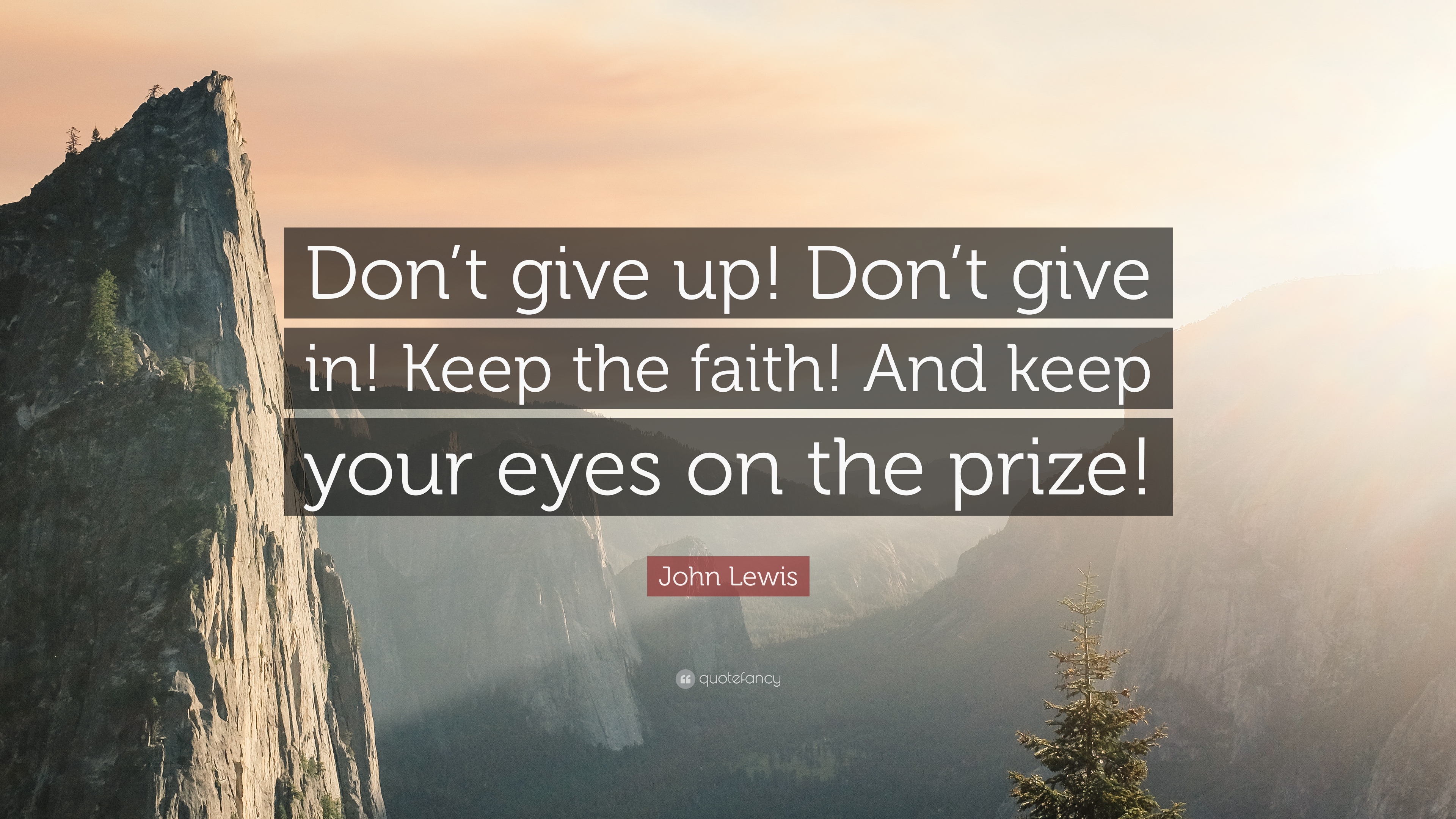 “Don’t give up! Don’t give in! Keep the faith! And keep your eyes on the prize!” — John Lewis 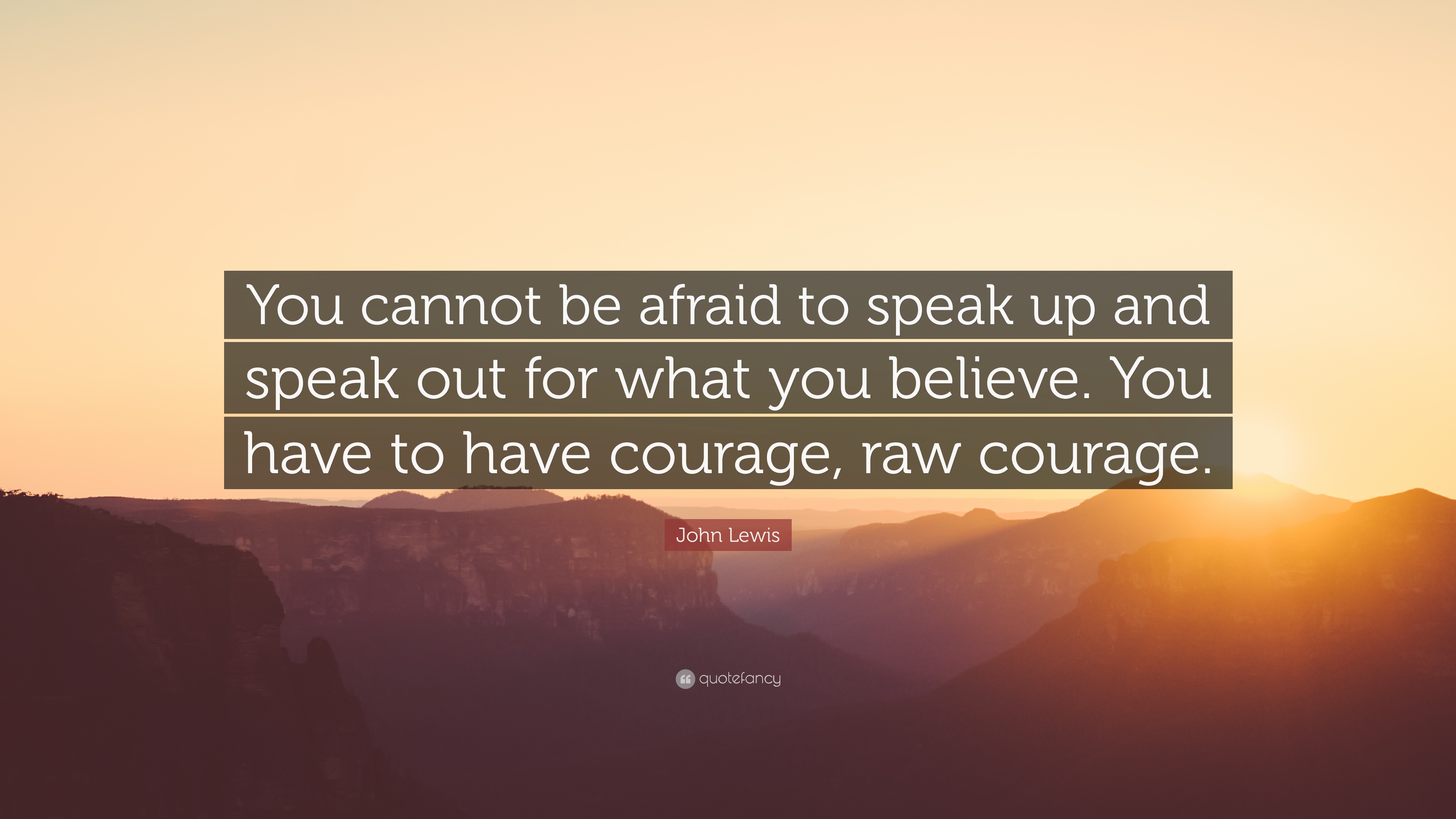 “You cannot be afraid to speak up and speak out for what you believe. You have to have courage, raw courage.” — John Lewis 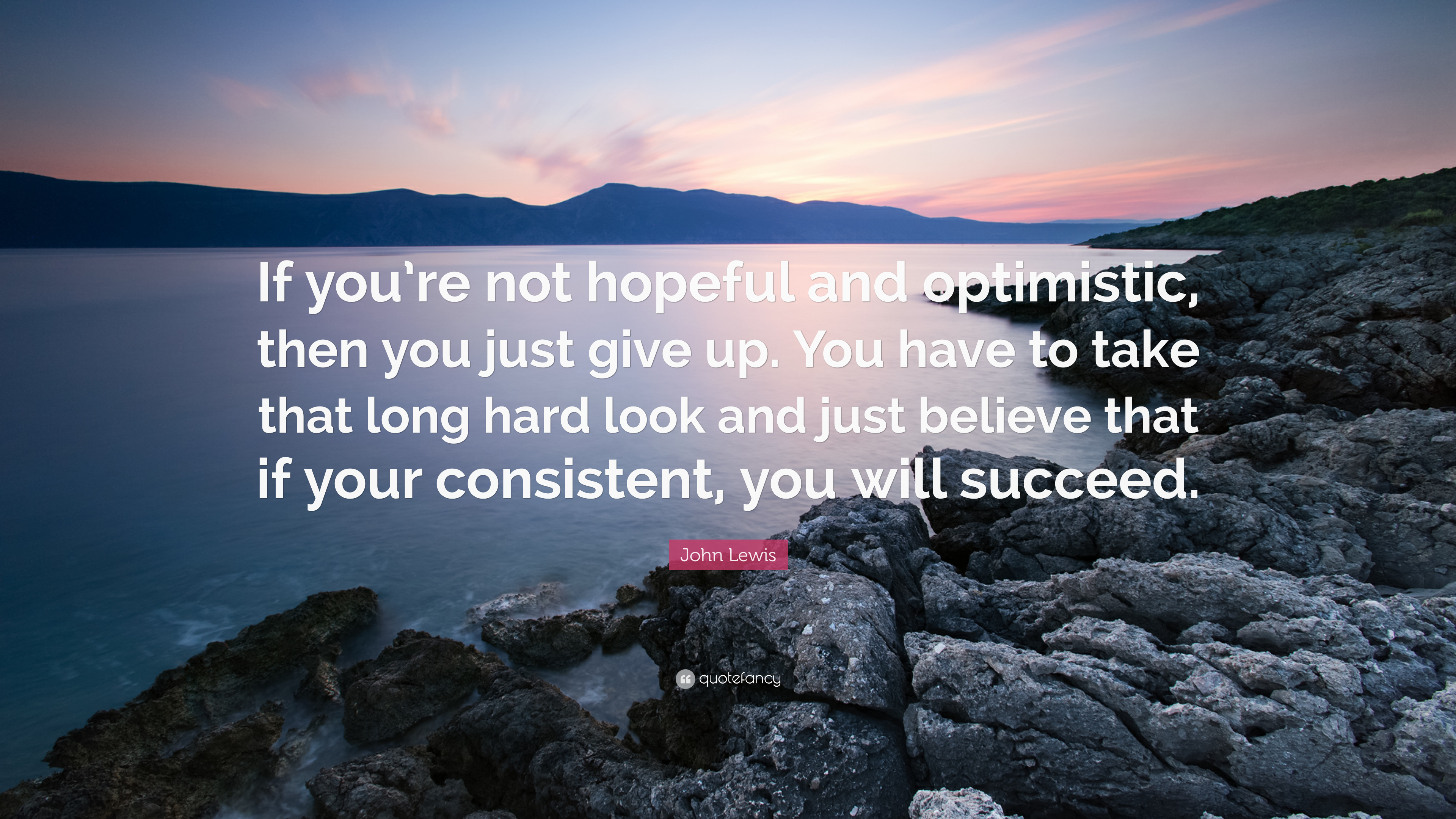 “If you’re not hopeful and optimistic, then you just give up. You have to take that long hard look and just believe that if your consistent, you will succeed.” — John Lewis 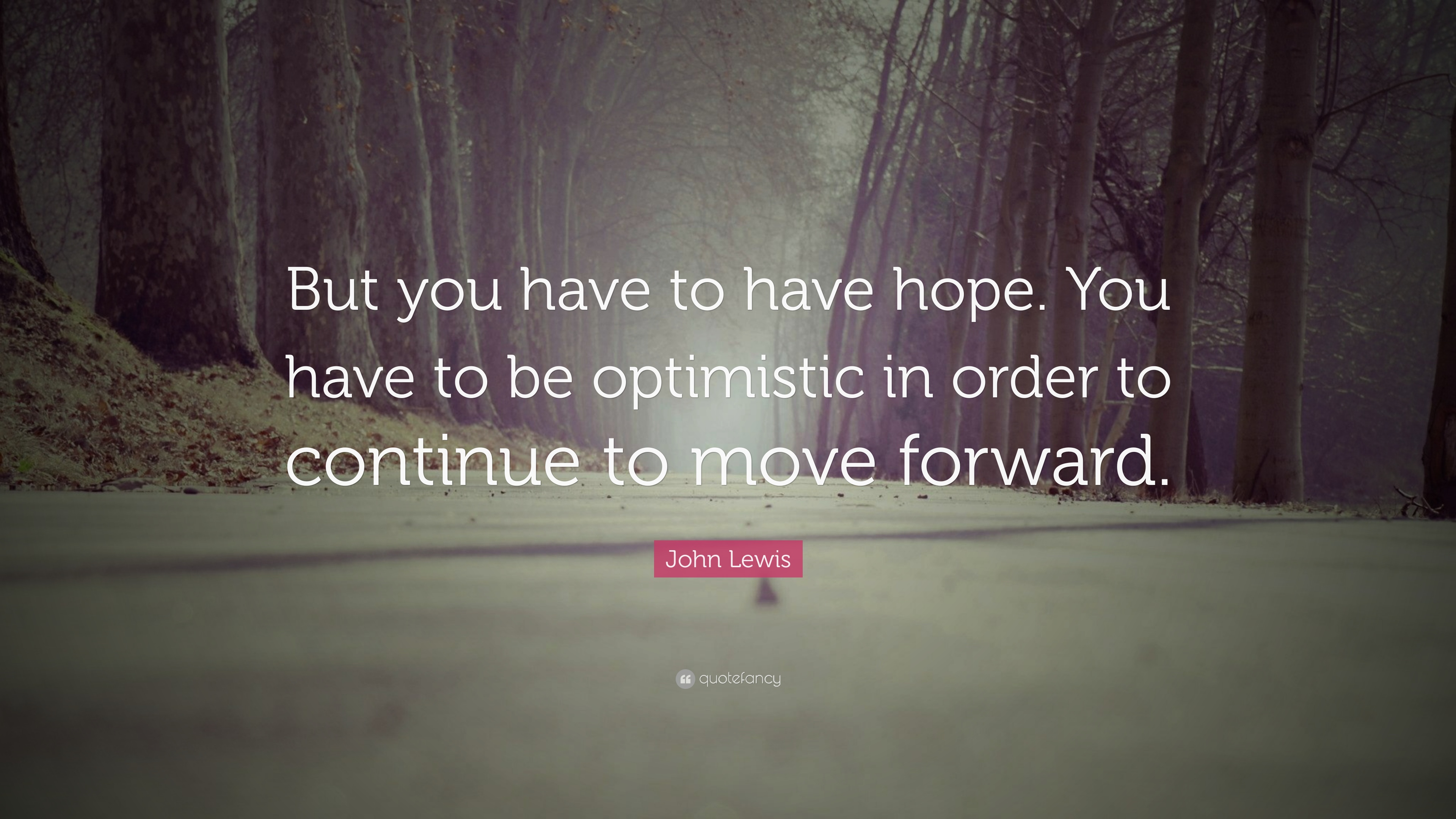 “But you have to have hope. You have to be optimistic in order to continue to move forward.” — John Lewis 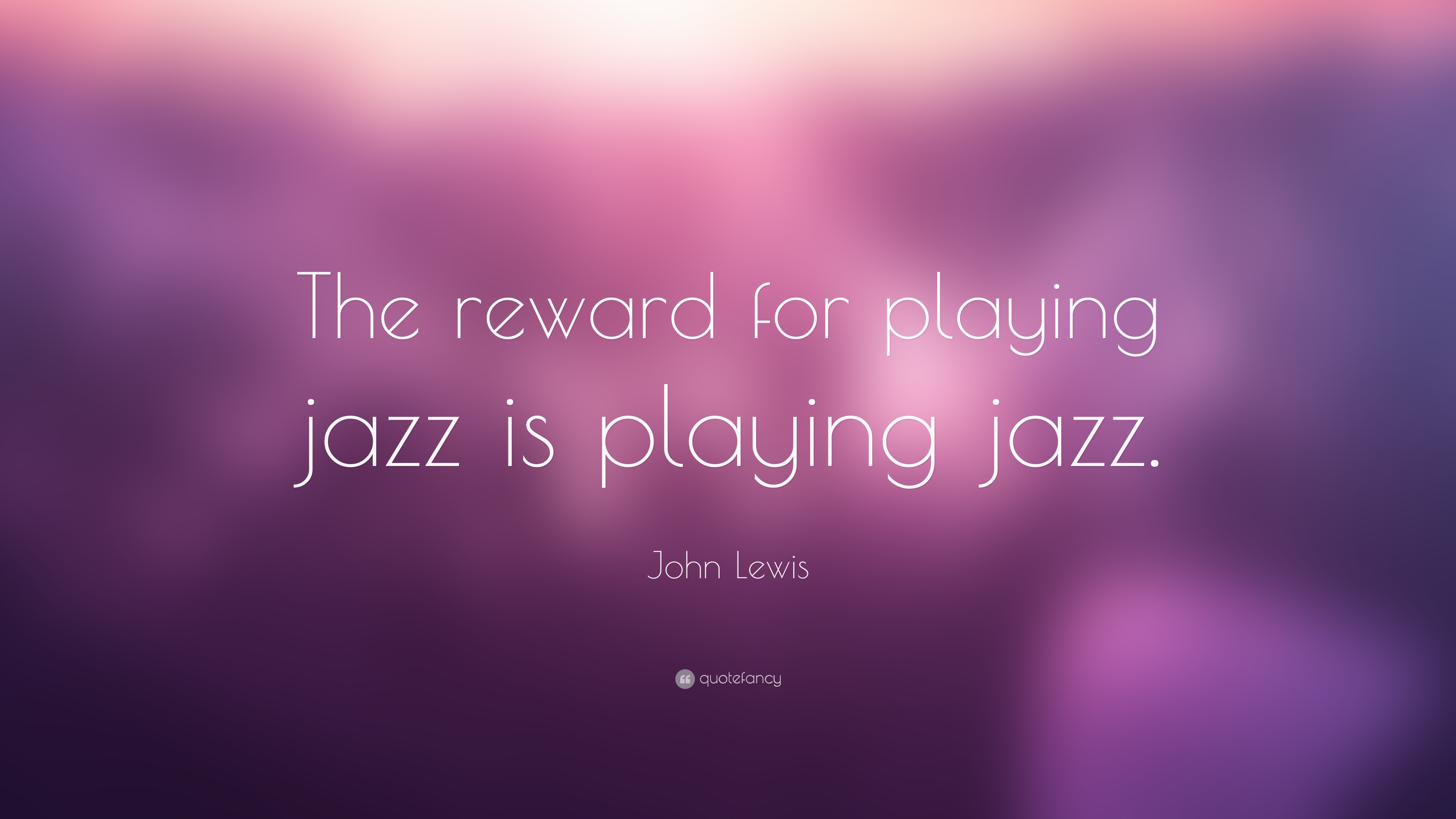